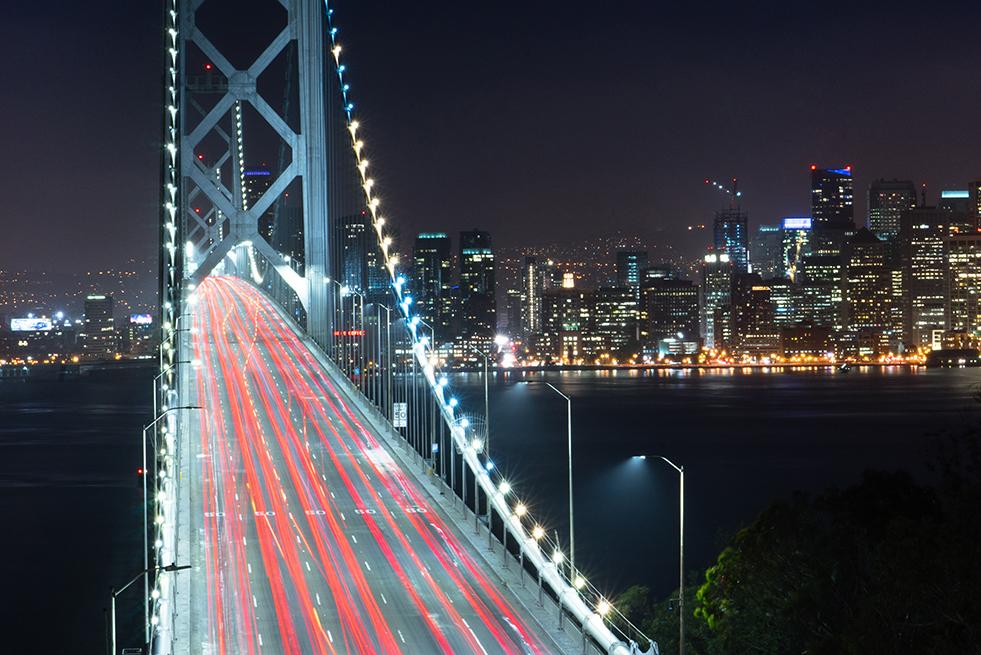 As the world adapts to the new realities brought about by the novel coronavirus pandemic, which continues to impact population centers throughout the United States, we wanted to better understand how the day-to-day work experiences of our customers, partners and peers are changing. So we reached out to transportation professionals and practitioners from agencies, consultancies, engineering firms and universities across the nation to find out how they have been operating during these unprecedented circumstances, and what measures they are considering post-pandemic. The survey was conducted between March 31 and April 7. All 373 responses were anonymous.

1. Innovative working arrangements are cause for optimism

State-proscribed physical distancing recommendations have led transportation organizations to enforce work-from-home or other remote working practices where possible. However, while the majority (56%) are now working from home, with 71% doing so at full capacity, many were still working from their normal office and going out into the field (38%) due in part to the “essential” nature of their role as it relates to critical infrastructure. These trends were largely dependent on an employee’s role and their organization’s region-specific needs. 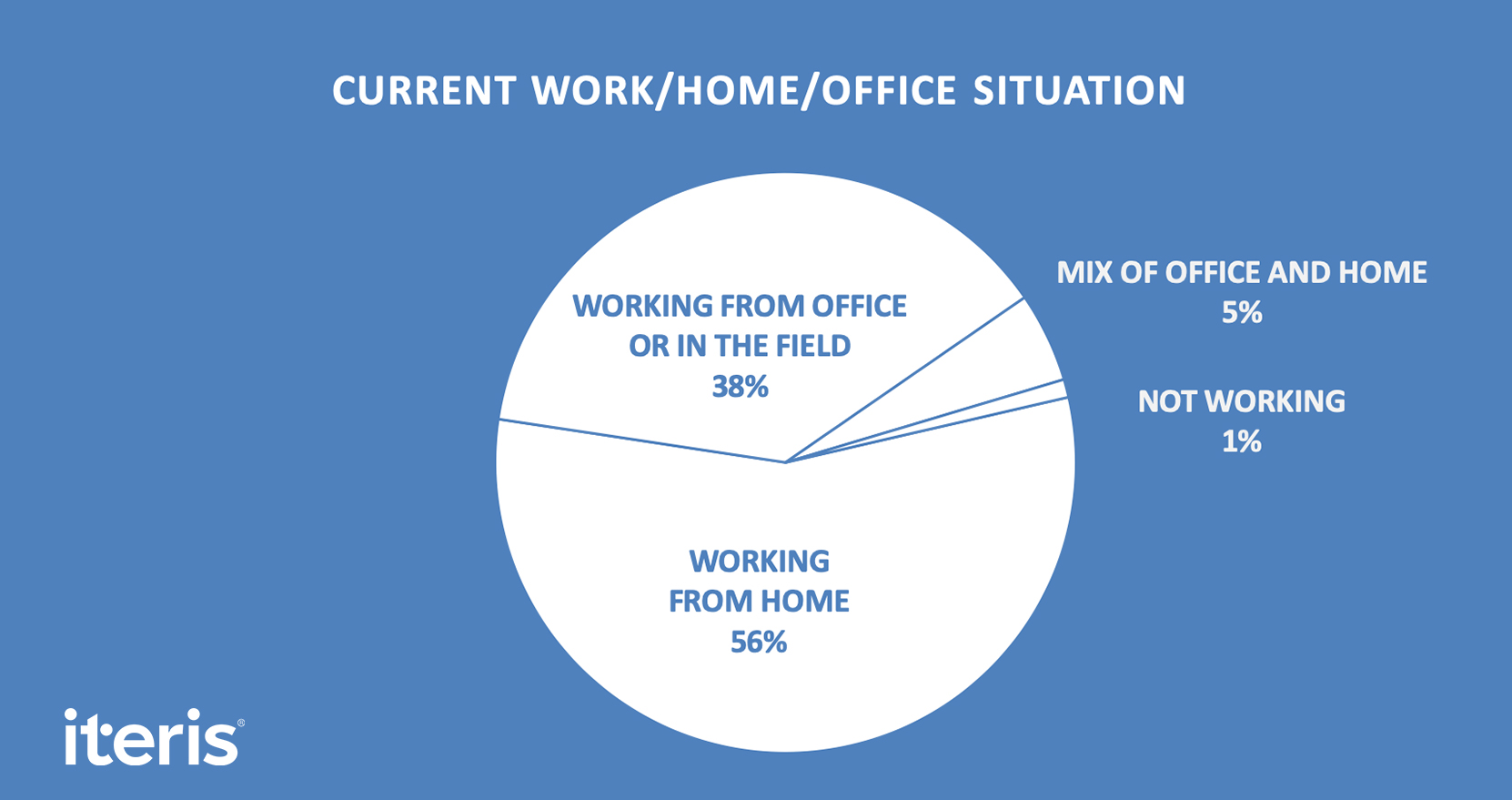 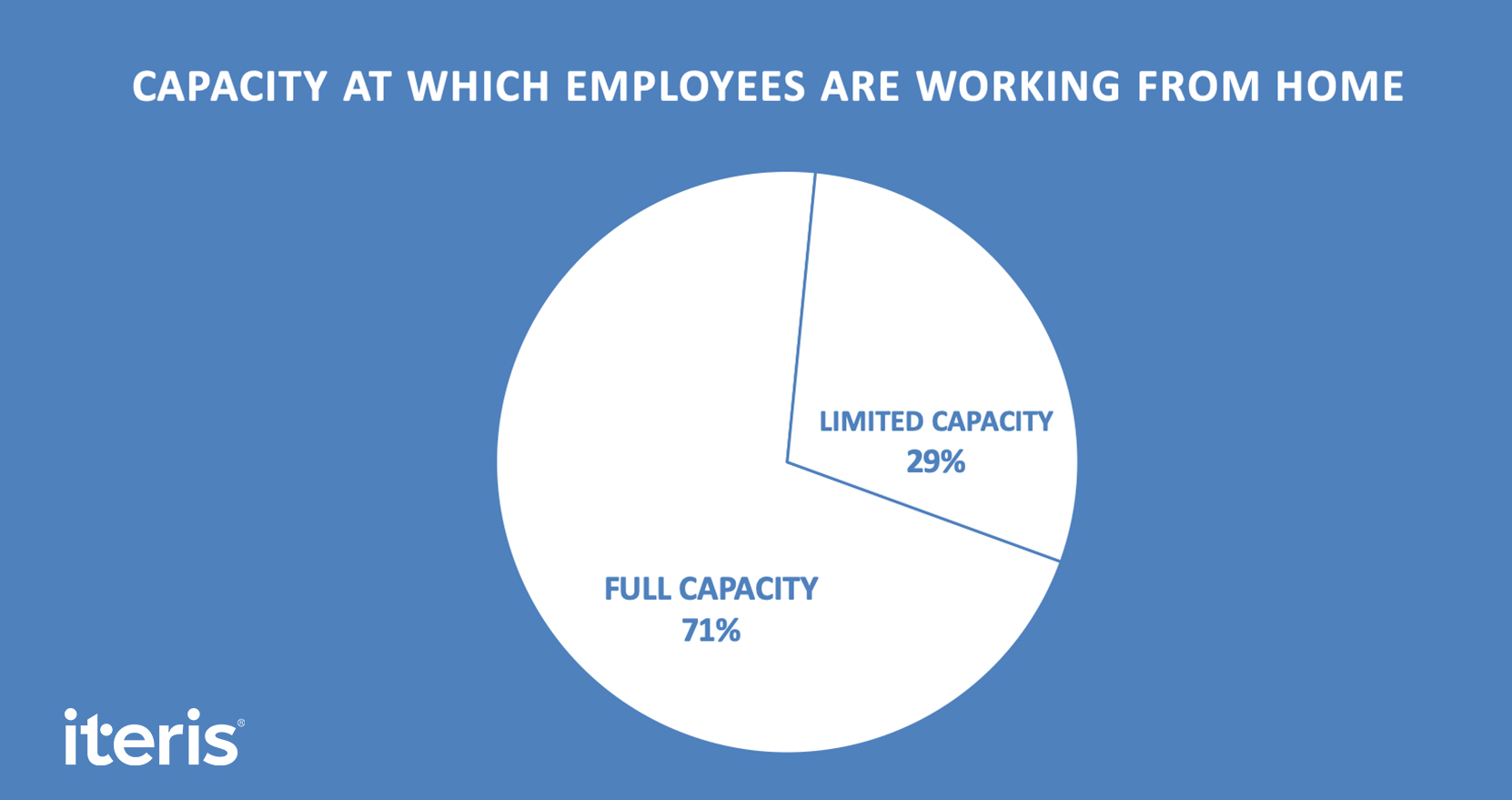 “I am only responding to essential and emergency calls for traffic signal problems. I am staying home until those calls come in,” shared one respondent, while another reported that their employer has “essentially split our department in half”. In fact, there were numerous accounts of teams being split and work shifts being staggered on a rotating schedule: “Half of us work Monday and Tuesday, the other half work Thursday and Friday, and we alternate every other Wednesday.”

Some reported some truly imaginative working arrangements: “We are calling it 'reverse quarantine'; seven of our production members have volunteered to live and work at our plant for the month of April. Odd and uncomfortable, but safe for themselves and their families, while still being fantastically focused and productive (so far...)”

2. Use of digital technologies is accelerating

As transportation workers adapt to their changing work circumstances, with most referring to respecting physical distancing and hand sanitation guidelines, and some reporting that they are now traveling to work sites in separate vehicles, a large number of comments spoke highly of using VPN servers to remote connect to their work computers (“We've figured out how to operate our TMCs virtually, if necessary as the virus pandemic grows more dire”), as well as relying heavily on video conferencing and teleconferencing platforms like Zoom, Skype, Microsoft Teams, WebEx and WhatsApp. These comments struck an optimistic note and hinted at a post-pandemic culture change where these online communications technologies will be used more frequently and integrated into their daily work processes.

“We have spent years merging our transportation network with the city network, and now really shows why,” said one respondent. “We can access all our devices and work just like we are in the office from home. It has been a great partnership.”

A move to remote diagnosis of road safety devices was also prevalent: “We were in the middle of changing out our controllers and installing a central signal system. Once we have our signal system online, staff will be able to remotely monitor operations at the city's traffic signals.”

As was increased use of online and other digital services: “Accelerated movement towards online permit processing [and] online plan checking. Also accelerated use of Microsoft Teams software to connect remote employees.”

Unsurprisingly, all respondents reported observing less traffic, with volumes down anywhere between 30% and 80% due to business and and school closures, and widespread shelter-in-place and work-from-home directives. Early reports of traffic hotspots around major retailers or medical test sites had already died down when we conducted the survey.

While traffic volumes were down, however, with the majority of drivers appearing to be yielding right of way to increased numbers of pedestrians and bicyclists, there were reports of some drivers “taking the opposite approach” and “[ignoring] all signs, signals, etc. and [speeding] down city streets completely disregarding safety and laws”. In fact, many respondents (57%) reported increased vehicle speeds, with some commenting on increased red-light running, but fortunately these behaviors have not resulted in more incidents, with 80% observing fewer crashes and 59% seeing less-severe crashes when they did occur.

4. Strategic measures are being implemented to ease public frustration and limit touching

To reduce driver frustration and improve traffic flow, 24% of those surveyed said they are adjusting signal timing and in some cases temporarily removing it altogether: “Traffic has decreased so much we have removed our time of day coordination on two of our main corridors.” Some are also taking measures to stop drivers and pedestrians from having to touch surfaces where possible, by closing cash-only toll collection facilities (12%) and removing the need to touch pedestrian push buttons: “We have implemented vehicle and pedestrian recall at our downtown intersections to protect our pedestrians from having to touch our pedestrian push buttons. Signs were also posted on each pole to inform the pedestrians.” 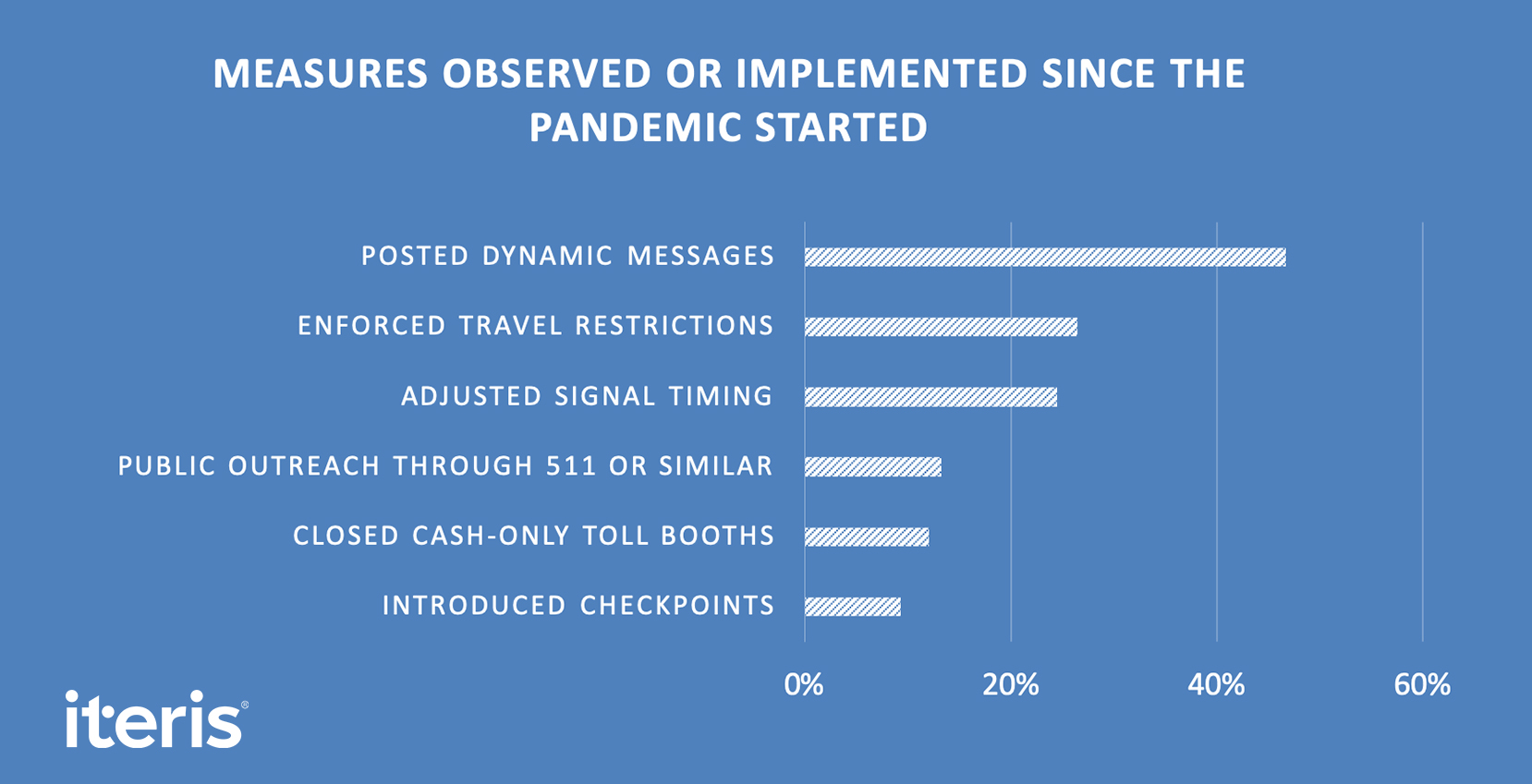 Many also reported that they are posting messages on dynamic message signs (47%), while some conducted public outreach via 511 or similar traveler information systems (13%) to ensure the traveling public had up-to-date traffic and transit information.

5. The digital divide is clearer than ever

As state and local government officials are requesting traffic reports from transportation agencies, it is becoming clear which organizations are flush with data and which are lacking. Many respondents reported increased demand for traffic counts (including average daily traffic and turning counts), as well as more accurate data in either real time or near real time.

“I am responsible to provide daily traffic data by 8:00am for the statewide assessment of how the governor's orders are being followed,” stated one respondent. “This is a new responsibility due to COVID-19.” Another reported that the current situation “will make data acquisition and data projects easier to justify and complete because of the displayed benefit”.

Those falling in the “data poor” category spoke of either no data gathering practices whatsoever or the need for improved data collection activities, including moving to more remote data collection due to staff reductions. 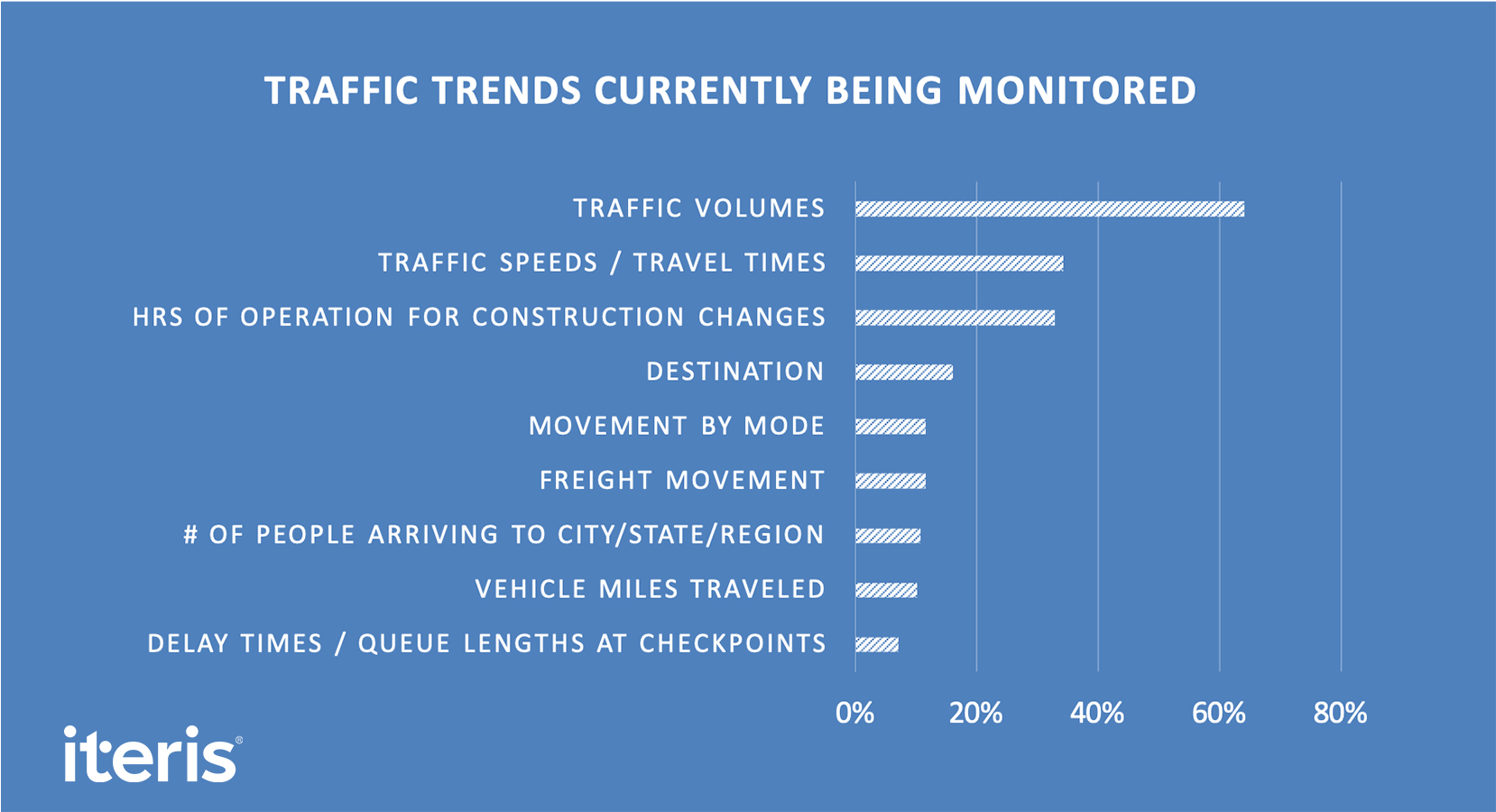 Most respondents (64%) were recording changes in traffic volumes, despite not always having the data to back their observations up, but lower percentages were monitoring changes in destination (16%), freight movement (11%) or movement by mode (11%), miles travelled (10%) or delay times (7%), again indicating either a lack of comprehensive traffic data or a need for more internal resources to analyze the data, which was supported by comments: “We need a data analyst that is dedicated to looking at data, not a part-time person that can look at it when they get time.”

Like many segments of the wider workforce, transportation professionals expect there to be more flexible work shifts and a higher prevalence of remote working and telecommuting post-pandemic, as well as less in-person meetings, more use of video/teleconferencing technology, and even a trend towards a more mobile workforce with less need for dedicated work stations. Many expect more entrenched social distancing guidelines and procedures, and better sanitization protocols for equipment, vehicles and staff. And going forward, existing demand for improved data capture and analysis that predated the pandemic, as well as an increased need for the automatic detection of cyclists and pedestrians, will help to drive further digitalization and innovation at transportation organizations. 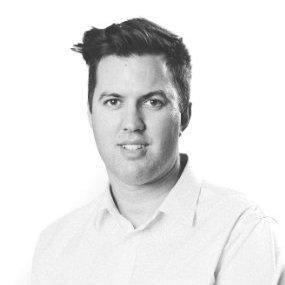 Ask the Experts: How Do Stop Lights "See" Your Car (To Turn Green)? 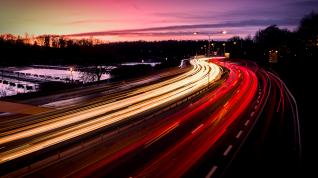 Iteris leaders are scheduled to present throughout the three-week virtual event. 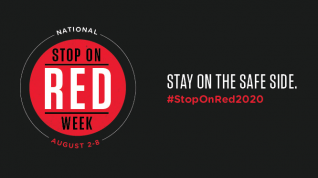 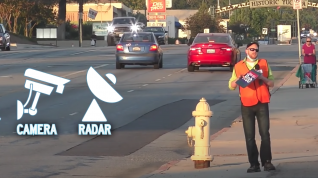 Ask the Experts: How Do Stop Lights "See" Your Car (To Turn Green)?

Traffic and transportation enthusiast Rob Sanders, better known in the YouTube community as Road Guy Rob, has released a catalog of fun and inform