Melting the Glacier – Part 3: Connected or Not Connected, That is the Question

In the third of his six-part blog series on “melting the glacier” of traffic technology adoption, which outlines the five major ways transportation agencies are increasingly embracing so many of the life-saving, mobility-improving strategies that are available today, Iteris’ Mark Nogaki focuses on how evolutions in connectivity technologies are making an impact.

In the world of traffic, as in the rest of the world, we love our shiny new toys – it’s just human nature. As children, we always watched with envy as the neighborhood kid with the new bicycle or the classmate with the new sneakers passed by. Fast forward to today and, in our world, the shiny new toy isn’t really a toy, it’s an infrastructure construct that is seemingly a beacon to the future.

In the traffic industry, connected and automated vehicles (CAVs) seemed to be all the rage for many years. Companies would come out of nowhere with apps designed to offer drivers and vulnerable road users information relevant to road conditions, possible dangers or how they are driving. Manufacturers of hardware were busy coming out with dedicated short-range communications (DSRC) radios, both for in-vehicle applications and roadside units in the streets. The academic world was in on the action too, setting up test beds and pilots for connected vehicle technology. And, for those of us who attended some of the larger trade shows, we couldn’t help but take part in the autonomous vehicle demos – many of us being shuttled around in these vehicles of the not-too-distant future.

Much of this was fueled by governments both here and abroad – funding efforts to drive industry into the coming age of smart cities, where everything would be harmoniously connected into an intelligent, amorphous network of infrastructure and services. And many of us have no doubt been involved in programs such as Smart Columbus, the University of Michigan’s M-City or the RELLIS Campus at Texas A&M University – all of which are designed to test and expand the threshold of technology within our industry.

Cutting through the CAV hype

Talking to many of my peers in the industry, a lot of the hype surrounding these advanced CAV initiatives seems to have somewhat subsided, but thankfully we are now in a more grounded place, with a more methodical pace of development and testing. Much of this has been forced upon us due to the technology environment. For example, the ongoing footrace between DSRC and 5G cellular in the CAV space (and it looks like a winner will be named sooner than later), as well as the continuing development issues surrounding autonomous technologies – not to mention tertiary matters like whether or not the average person would be willing to put their lives in the hands of autonomous or automated technologies.

While development continues, so does the debate over the speed of adoption.

Gauging the speed of adoption

Which brings me to my wife. While many of us live, eat and breathe traffic technology, my wife serves as something of a voice of reason. She’s not an engineer and certainly isn’t a “traffic person”, other than what she’s learned from hanging around me, but I’ve often asked her how she feels about the advent of automated vehicles. These conversations quickly move to some of the more negative, headline-grabbing examples, such as the Tesla driver who lost his life while his Model X SUV was in Autopilot mode and he was not paying attention to the road.

But mostly, she asks practical questions like, “how does a radar know if something small in the middle of a road is a plastic bag blowing about or if it’s a small animal that I definitely don’t want to run over? Is it going to panic stop because of a little bag? Won’t I get car sick if my car keeps panic stopping over every little thing?”

These are very legit questions, to which my response has usually been that as technology gets better, they’ll be able to deal with these problems – in the meantime, however, systems will always err on the side of caution so drivers of the early wave of CAVs will likely have to deal with the occasional sudden stops.

Needless to say, my wife won’t be stepping into an autonomous vehicle anytime soon.

Planning for the next phase of CAVs

But having said all of this, knowing that we’ll be in this transitional gray area phase where the traditional ways of doing things are bumping into this new world of everything being connected, how do we need to respond? 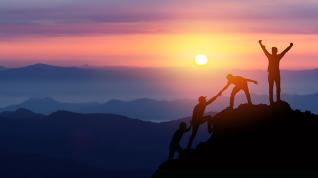 Last year, ITE celebrated its 90th anniversary. Over those 90 years, we have seen the transportation profession grow and evolve. 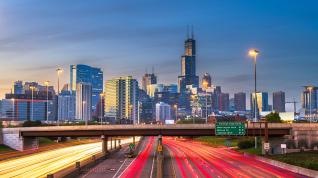 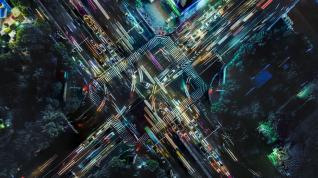