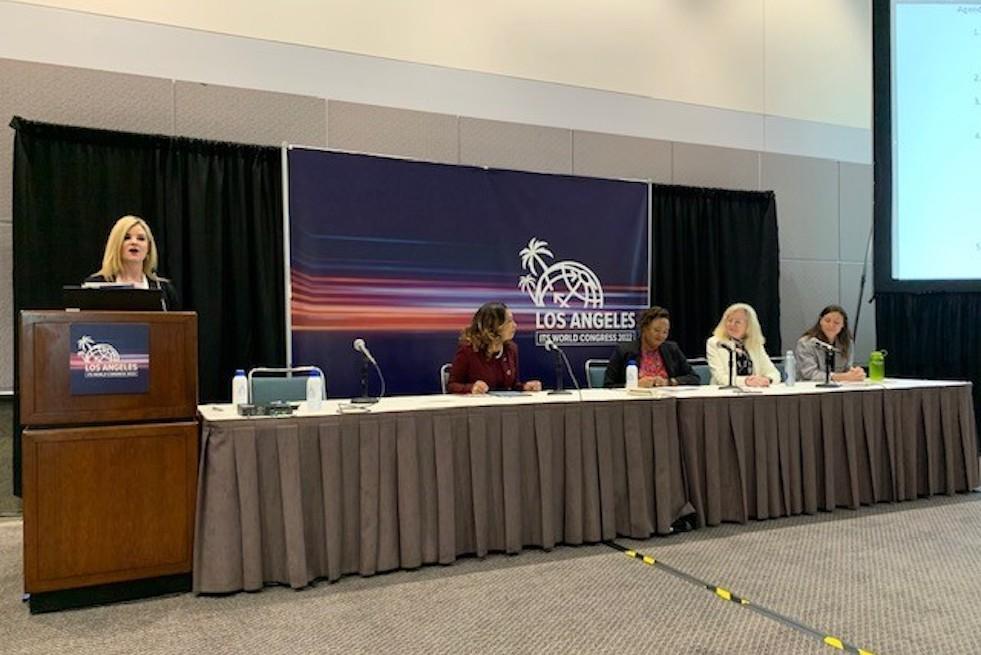 I had the pleasure of being asked to speak on the “Gender Equity in Transport Workshop” at the ITS World Conference last month. The purpose of the workshop was to champion gender mobility by overcoming barriers through community and collaboration. I spoke on the panel alongside Jannet Walker-Ford, Chair, WTS International, Carolyn Angius, Kounkuey Design Initiative, author of LA DOT Changing Lanes Report, April Rai, President & CEO, COMTO, and Karen Philbrick, Executive Director, Mineta Transportation Institute, who moderated the panel. All four women are in high level roles in a male-dominated field. They are strong, intelligent women and all started from the entry-level and worked hard to get where they are today. I was very proud to be on the panel with these women who have let nothing stop them. They all have something in common besides being in the transportation industry, and that is their passion to make things better for women in this industry.

I was excited to be asked to write a key takeaway piece about this session. There were approximately 60 women and a sprinkling of men in attendance at the forum. I found all the attendees to be very passionate about their goal to get more women involved in the transportation industry. The fireside chat guest speaker was Veronica Vanterpool, Deputy Administrator alongside Laura Chace, President and CEO of ITS America and co-founder of MobilityXX. Veronica was very informative about the changes needed in public transportation while also being very entertaining. I enjoyed hearing the passion in her voice as she talked about making things safer and better for all women in public transportation.

During the forum, a circle discussion was held to hear from women across the globe on how they overcame challenges in this industry. It started out with four women: Seleta Reynolds, Chief Innovation Officer, LA Metro • Stephanie Wiggins, CEO, LA Metro • Elissa Konove, FHWA • Susan Harris, Chief Executive Officer, ITS Australia but grew as they called on more women and some of the men in the audience to join the circle.

It was interesting to hear some of the ideas from the women and men in the room on how to overcome gender bias in the industry and how to affect change. Ideas included creating gender awareness checklists and making it a new way of doing business; making gender data more transparent; offering gender awareness training; putting a workplace program in place to help new mothers be with their infants longer and balance work; getting the employees involved that include not only women, but men and transgender - this is not just a gender rights issue but a human rights issue that includes everyone.

I heard the amazing challenges some of the women had to overcome, a lot of great ideas shared on what should be done from both the women and the men participating in the circle, and a lot of great motivational quotes, such as “Measure what you treasure” (this in reference to measuring the percentages of women qualified, interviewed, and hired), “Rigging the pipeline,” “Aggregate the data,” “Let your voice speak”. This last quote was heard many times and was recommended as a call to action for men to use their voice to help promote more women in this field, as well as hear the voice from the employee base to get down to the real challenges they face on daily basis.

But there were a couple of examples that really stood out to me, “When you move up, put the ladder down for someone else.” This is vital to all women trying to advance in a male-dominated field. Mentorship is such a blessing to a young woman starting out and hopefully, every young person will get help along the way. Another example was “We want it to be fair.” Companies need to make the playing field equal for all. Women don’t want special privileges; they want a leveled playing field and to be considered equal to men applying for that same position and hired because of our qualifications and not sex or color.

But how do we get there? The broader women’s groups are trying - they even named a month after women – International women’s month. We see industry data showing how we are underrepresented. We hold book clubs to help us understand what others are doing and how we can try to change things, which gets us riled up to keep moving forward. It feels like we are not making much progress. But during the forum, someone said, “We still don’t have it right yet.” When I heard this, I had to agree, that no, we don’t have it right, but we are getting there, bit by bit. And then I thought, ask a woman in 1918, before women were granted the right to vote, to look at how much progress we made. Could you imagine how shocked that woman would be at how far we have come? I feel proud that women never gave up and how much progress has been made so far. Of course, that’s not enough and both sides are not reciprocal, yet! (The straw is still not broken in the middle).

It is fantastic to have these talented, forceful, highly intelligent women championing us. All women need to keep plugging away and never give up, especially for our daughters and granddaughters who hopefully will one day be on an equal and fair playing field.

I want to thank Laura Chace and ITS America for inviting me/Iteris Inc. to participate in the panel and for the opportunity to write this article.

Iteris is a proud sponsor of MobilityXX.

This article originally appeared in issue #108 of ITS America’s Momentum newsletter. 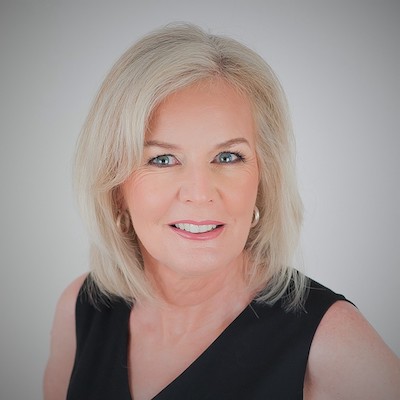 Connect with Anita on LinkedIn.

A Recap of ITS World Congress 2022

Vision Zero: How Technology Is Making a Difference 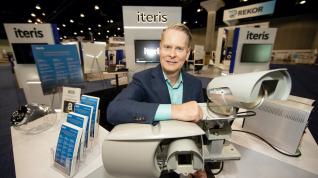 A Recap of ITS World Congress 2022

After months of preparation and anticipation, another successful ITS World Congress came and went. It was a busy 5-day event at the L.A.