Does Your Highway Have a Weight Problem? 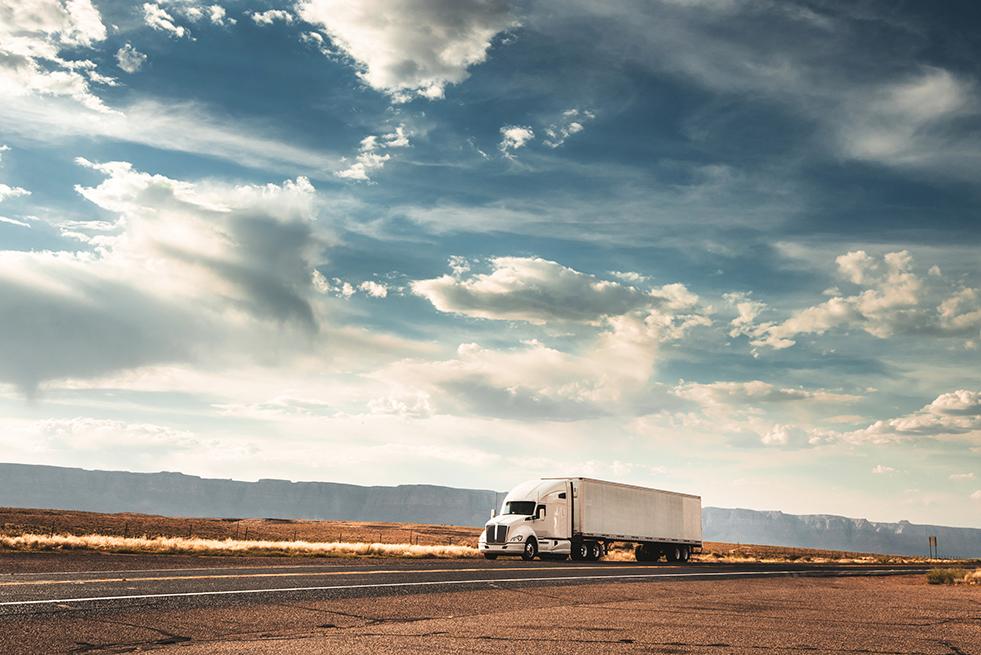 Overweight loads on commercial vehicles are taking their toll on the nation’s highways, with much of the negative impact – not least the financial burden – being passed on to taxpayers.

Overweight trucks significantly damage roadway structures – and the problem is only being exacerbated. In fact, between 1992 and 2002 the number of trucks registered to carry more than 80,000 lbs more than doubled to over 100,000 trucks1.

According to nationwide transportation research group TRIP, driving on roads that are in need of repair costs U.S. motorists $107 billion a year in extra vehicle repairs and operating costs – that’s $482 per motorist2.

In nearly all states, weight enforcement is conducted by enforcement personnel at static locations, meaning the truck has to be pulled over and stopped. This requires investment by the state in trained personnel, as well as brick-and-mortar infrastructure, which is both expensive and limits the officers’ reach.

This physical stop affects the industry in wasted time, money and congestion. As our nation’s infrastructure declines and truck volumes increase, trucks may be directed to alternative routes, with no enforcement presence3. Expanded electronic screening provides one method to reduce the impacts on carriers and enforcement.

Commercial drivers and carriers face a significant burden to maintain compliance to operate, e.g. federal motor carrier authority, credentials, taxes and state specific permits. Knowing which loads require special permits and routing or other credentials, such as hazardous materials placards, is a full-time job. Once underway, size and weight enforcement activities can cause delays in transit, impacting delivery times. It is imperative for the more than three million commercial vehicle drivers in the U.S. that delays be limited wherever possible.

The demand of compliance on enforcement personnel is significantly more than the supply of resources to support it. The number of commercial vehicle safety inspectors has been declining annually since 2012, and in 2016, there were just over 13,000 inspectors4 to enforce over four million miles of U.S. roadway5 and more than 11 million commercial vehicles6.

Experienced personnel are nearing retirement age and states are losing qualified personnel with no means to replace them. ABC News reports that in some areas the number of applicants for law enforcement positions has declined by as much as 90% in recent years7. And as a result, agencies are having to identify new solutions to manage the same work load with fewer staff.

Over the past 10 years, imaging capabilities have expanded significantly to allow weight measurements and license plate data to be extracted while trucks are in motion, either on the ramp to the scale facility or, more effectively, on the mainline roadway. Transponder bypass systems, such as Help Inc.’s PrePass and DriveWyze’s Smart Roadside, have also improved efficiency by allowing enrolled carriers to bypass the scale facility if their load meets weight requirements, does not require special permits and the carrier and vehicle have been recently inspected.

Truck data is processed and compared against state and federal databases, such as Iteris’ CVIEWPlus, to identify potential areas of non-compliance. A pass/fail indicator is then displayed to scale facility personnel. This data integration has increased the capabilities to enforce, but not enough to satisfy the demand. Masses of disparate data is transmitted to the federal systems and back to the state systems in multiple formats. Each state has several systems to process registrations, taxes, permits, etc. for both federal and state requirements resulting in a pressing need to standardize and aggregate data streams to be accessible for neighboring agency systems. It is critical that screening solutions have access to not just data applicable to a state, but to regional and federal systems.

Weigh station screening is the most common weight enforcement activity, where trucks are required to exit the mainline to be measured by either imaging hardware or static scales. This does little to capture trucks that may be unwilling or unable to exit (due to neighboring traffic) or chose to avoid the weigh station and use alternative routes. In his presentation “Weigh Station of the Future” from the FMCSA ITD-PRISM workshop in April 2018, the Florida Department of Transportation’s (FDOT) Paul Clark indicated that over seven million commercial vehicles are estimated to bypass weigh station screening with no size or weight enforcement in Florida alone. Agencies like FDOT are strongly pushing to add mainline screening that can leverage smart data services to automate size and weight enforcement significantly more than the status quo.

States are also progressively seeking innovative solutions to weight enforcement and the demand for innovation and evolution is exponentially increasing as autonomous and connected vehicles force departments of transportation to evaluate compliance assumptions and programs from the bottom up.

“Autonomous vehicle technology will play an important role in improving traffic safety and potentially have a positive impact on our economy as well. The safe and effective testing of autonomous technology will also provide policymakers with critical information that will inform the establishment of a balanced legal and regulatory framework for this technology. Therefore, policymakers should remain open to exploring new safety technologies that will save lives as long as that technology is tested and implemented in a safe and responsible manner. I believe that the testing of these technologies in a live but controlled environment can be a critical next step in advancing safety solutions that will help Colorado and our nation move towards zero deaths on our roadways."

One potential solution to the need for automated e-screening is the use of virtual weigh stations. Mainline Weigh in Motion (WIM) sensor technology has advanced to be able to detect the gross weight of a vehicle at =/-2.5%. This is comparable to static scale accuracy.

Permitted loads are being verified manually at ports with some aid from technologies that are largely custom or homegrown systems. Size and weight permits are issued by states as an option. Many states are currently issuing permits electronically requiring verification of such permits roadside. When a permit needs to be verified, the measurements from the hardware and the credential screening are physically verified by port staff. Permit verification at ports is a greenfield area for technology providers to add immediate value through automation and integration.

Technology solutions and declining infrastructure are starting to drive weight and size enforcement activities nationwide, with trends leading toward moving screening equipment to the mainline. With a hardware-agnostic platform, such as Iteris’ CVIEWPlus, data capture and aggregation applications can be easily interfaced to push citable information, enforceable immediately or after the fact, from anywhere in the country. Mainline screening reduces delays for compliant carriers and allows law enforcement agencies to utilize resources for enforcement activities rather than monitoring.

These solutions need to be expanded in scope and adoption to fully address the gap in size and weight enforcement, and move the industry toward safer, smarter goods movement. The automation will level the playing field for compliant carriers by keeping traffic moving and ensuring violators, who are not paying their fair share in taxes, registration, and permit fees are fined. This automation would provide funding through the capture of lost revenue and behavior modification or voluntary compliance. State laws also need to be updated to allow for mainline weight enforcement using proven methods and technology.

An edited version of this article previously appeared in the June/July 2018 issue of Traffic Technology International. 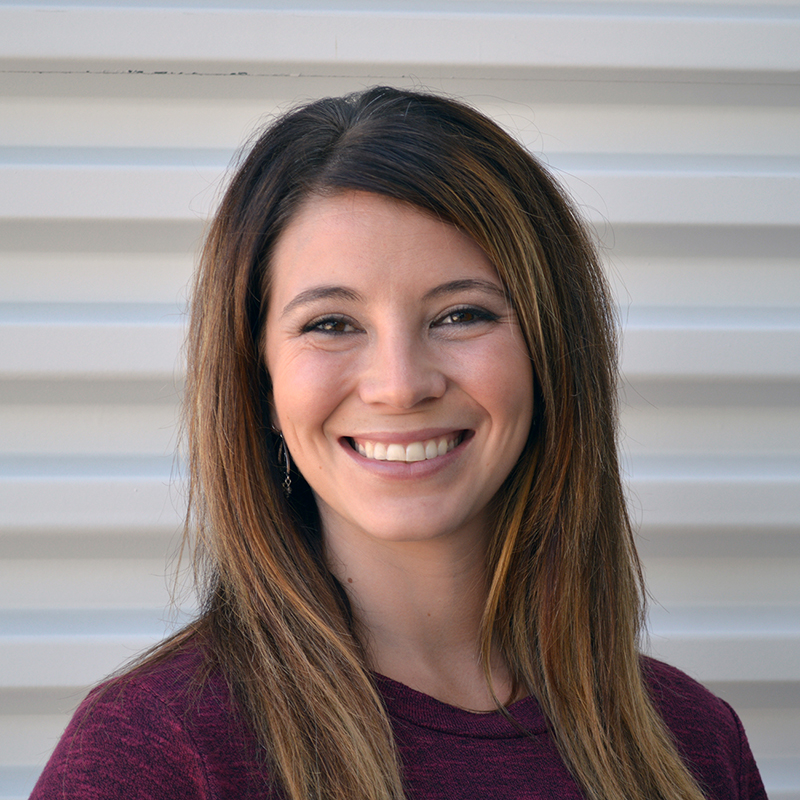 Connect with Whitney on LinkedIn.

Connect with Lauri on LinkedIn.